FROM OUR CAMPING TO GO AND DISCOVER URBINO, PESARO AND FANO

Starting from the camping in Fano, you can reach some of the most beautiful cities of the Marche region. From Fano's historic city center to Urbino's Renaissance monuments and Pesaro's architectural ones.

Ask for information at the reception desk, take advantage of the camping offers and spend your holidays camping in Fano, discovering the Marche Region as well as the cities of Urbino and Pesaro! 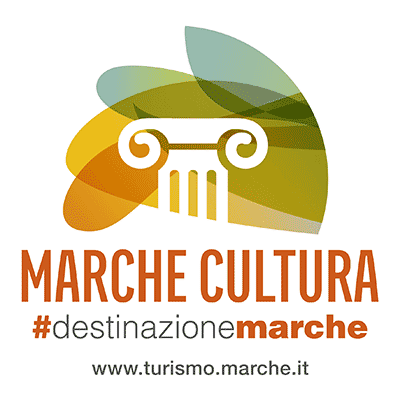 The territory around Mare Blu camping, is the ideal place to spend a holiday doing excursions among history, nature, art and culture. Leaving from the camping site, in a short time it is in fact possible to reach some among the most famous and fascinating tourist locations of the Marche region: Fano, Urbino, Pesaro, the Frasassi Caves, the Castle of Gradara, the State Natural Reserve Gola del Furlo, Mondavio, San Leo, the Republic of San Marino, Pergola with the Gilt Bronzes from Cartoceto Museum, Loreto and many others.

Fano, from Rome to the Renaissance era

The city of Fano introduces itself to the tourist showing a thousand facets: a quiet and chilled beach at east, lively and full of clubs the west one, a peculiar and well preserved historic city center. Omnipresent in every aspect and in every place is the sea. Along its 20 kilometers of coastline, there is an alternation of sandy and fine gravel beaches, equipped and public beaches. All of them have been awarded for several years, with the Europe's Blue Flag for the quality of the sea waters and the tourist services provided.

The beach to the south of Fano and one to the north are joined by the marina, with a beautiful promenade overlooking the sea. Here you can find lush gardens, playgrounds for children, bars, swimming pools, sailing and windsurfing clubs, gyms, tennis courts, football fields, bowling alleys, billiards rooms and much more. In the evening the seafront promenade and Fano city center offer different opportunities for fun and relaxation, with itinerant entertainment and shops open even late in the evening. Local specialty of the city of Fano is the delicious Fano's style "brodetto".

Urbino, capital of the Renaissance and Unesco heritage site 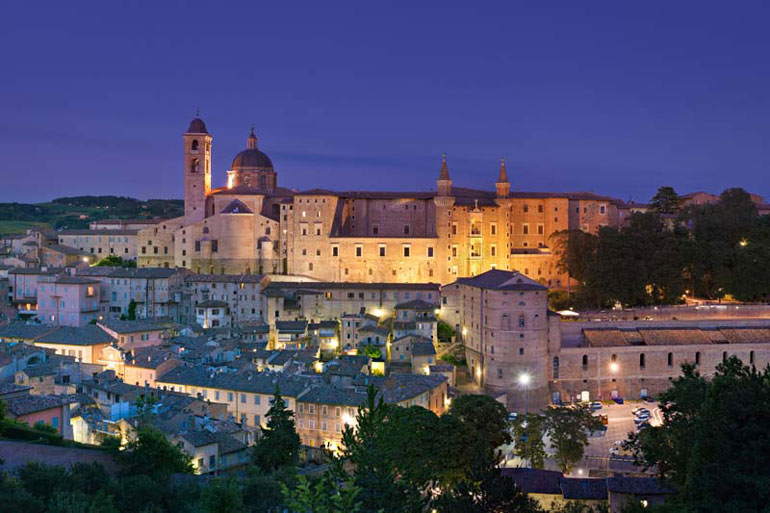 Urbino is one of the most important cities of the Marche region, with a remarkable historical legacy, stunning religious architecture and an ancient university. Nestled on a hill and surrounded by greenery, Urbino resembles a city from a fairy tale, with medieval castles echoing a past of horses and knights.

Urbino is a small and picturesque city, with Medieval and Renaissance architecture and is well-known to host one of the most renowned and ancient Universities of Italy. There are many great restaurants offering the typical local cuisine as well as numerous bars and wine cellars, many museums and historical buildings, churches, university clubs, art's studios, artisan workshops, gardens and trendy boutiques for those who love shopping.

Pesaro, historic city of the Adriatic sea and cradle of hospitality 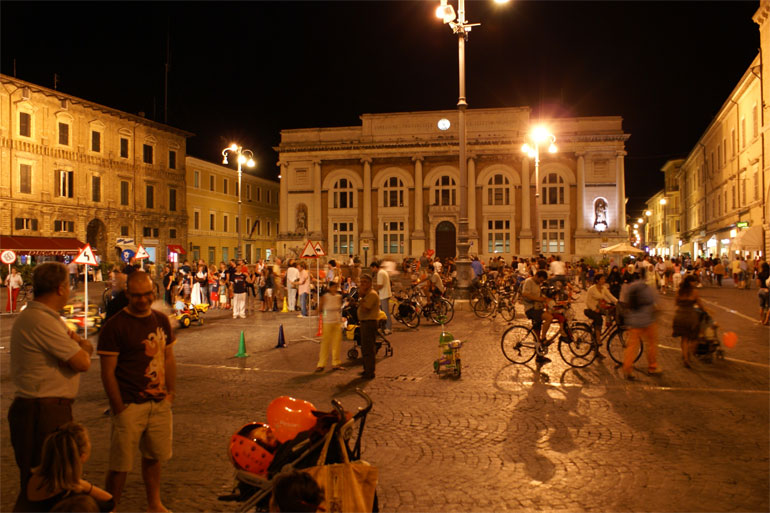 Standing on the Adriatic Sea, thanks to its culture, its size and its slow-paced rhythms as well as its heritage, Pesaro turned the art of hospitality into a vocation. A 7 km long stretch of equipped and public beaches surrounded by the beautiful scenery of Monte San Bartolo Park and by few headlands overlooking the sea. Bathing establishments and sandy shallow waters perfect for camping holidays with the family and a pier that, in just two hours by hydrofoil, connects to the other side of the Adriatic sea.

Pesaro has also a historic center rich with elegant streets, buildings, museums, churches, fortresses and ancient and modern libraries. Those visiting Pesaro during their stay in our camping can attend hundreds of performances and initiatives animating the summer.The peculiarities of the tourist offer of the city of Pesaro and its services shall establish a direct and friendly relationship with the tourist, transforming the holiday in a pleasant and relaxing experience.

The Frasassi Caves, one of the World's most charming underground path. 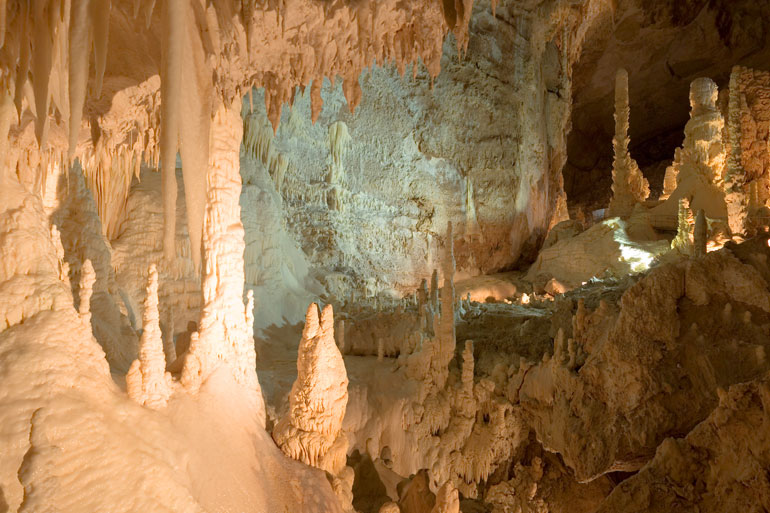 Frasassi Caves are one of the most beautiful places in Italy and are located in Genga, in the province of Ancona within the Regional Natural Park of Gola della Rossa and of Frasassi.

Considered to be the biggest subterraneous complex in Europe, Frasassi Caves are a set of approximately 30 km length underground paths, divided into 8 different geological levels.
The tourist itinerary of the Frasassi Caves presents an accessible and fully equipped path , with a duration of about 70 minutes and a 1.5km length. Visitors, accompanied by professional guides, can feel the thrill of a beautiful and hidden world, turned upside down, with a fascinating atmosphere and rich in extraordinary concretions, where silence is broken only by the sound of water dripping, making thus the complex alive and ever changing.

The caves are open to public all year round.